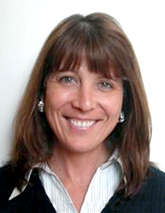 In August 2005, the Langley Minor Hockey Association did not receive a grant for $25,000. The donor cited that our Association needed to be more "inclusive & accessible" to all members of the community. I was very disappointed by this realization as I strongly believe that no child should be left without the tools they need to be successful in life. As members in a community, we are each charged with giving all kids the boost they need to be in a position to achieve their highest capacity. Kids are the building blocks of healthy communities.

With a passion for motherhood (3 sons in hockey) and a career teaching community development and health promotion to nursing students, I wanted to combine my two lives. I wanted to become an effective role-model for community development and health promotion to both my kids and my students. My prayers were answered when I began "Promoting Community through Kids in Sport" ~ PuCKS.

To "promote community" is to "pull people together". PuCKS does this by emphasizing the assets and capacities of people (not their deficits). PuCKS empowers ~ it doesn't perpetuate the notion of entitlement. Nor does it teach helplessness. PuCKS encourages selflessness. It maintains: "Not thinking less of yourself. But, thinking of yourself, less (Warren 2002).

Although PuCKS was first introduced in the Langley community, other BC communities are noticing the positive impact. More people in government, business, education, and health are becoming more aware, supportive and involved in PuCKS. The goal to launch in 30 communities across Canada and 5 in the Western United States should become a reality by 2020.

PuCKS allows community members to give back (and pay forward). The good in people is highlighted. The needs and deficits are diminished. Through PuCKS, the eagerness that communities have to support their kids is very evident. PuCKS is a funnel ~ a vessel for community good-will, love and support of each other.

It is so inspiring to see people act with positive intention ~ using whatever assets they have ~ to help others make meaning of their lives. The product: "pulling people together", is being accomplished through PuCKS.